The Senate, on Thursday, considered a bill seeking to stop employers in the private and public sectors from engaging employable Nigerian graduates as casual workers.

The Prohibition of Casualization Bill 2020, was sponsored by Senator Ayo Akinyelure (PDP, Ondo Central), the statement issued on Thursday by Ezrel Tabiowo, Special Assistant to President of the Senate stated.

It cited Akinyelure saying that “casualization of Nigerian graduates in the Nigerian labour market has become a subject of great concern as more workers continue to groan under this immoral strategy of cutting cost by employers rendering them inferior to their counterpart in other countries of the world.”

According to him, “Statistics from the Nigeria Labour Congress show that many workers in the telecommunications, oil and gas sectors are engaged as casual labourers by employers of labours.
“Other sectors with thousands of casual labourers include mining, steel, banking and insurance.

“In all these sectors, staff outsourcing and casualization have become the order of the day as such workers no longer have regularised employment terms and, therefore, Nigerian graduates are treated as second class citizens in their own country of origin while foreigners from underdeveloped countries from Asian, Indian, Pakistan, Lebanon with less qualification to Nigerian graduates are placed as managers above Nigerian graduates in many Private and even Government establishments in Nigeria.”

Akinyelure raised the alarm that the scourge of casualization of employment in Nigeria is gaining grounds in an unprecedented proportion, intensity and scale.
“The increase in the spread and gradual acceptance of this labour practice in the Nigerian labour market has become an issue of great concern to stakeholders,” he lamented.

“Employers of labour is increasingly filling positions in their organisations that are supposed to be permanent skilled workers with casual employees.
“The trend has been largely attributed to the increasing desperation of employers to cut down organisational costs and thereby taking advantage of large numbers of unemployed graduates roaming the streets of our major cities in Nigeria.

“Apart from the fact that these categories of workers are working under a spate of uncertainties, casualization also reveals a brutal work growth process similar to slave labour,” he said.
‘Banks turning female marketers into sexual slaves, harlots’
Akinyelure, while citing the banking industry as a hub for casualization, blamed banks for turning female marketers into harlots and sexual slaves in a desperate attempt by them to keep their jobs and meet unrealistic deposit targets.
“Mr President, in Banking and Insurance Industry, for instance, many young graduates particularly female are employed as Marketers and given unrealistic Customer deposit ceiling targets running into millions.

“They are hired and fired at will when such unrealistic targets are not met.
“The female among them, who are desperate in keeping their jobs, turned to harlotry and sex slavery, moving from one office to the other looking for invisible customers who had staunch of fund to enable them to meet their targets.
“Mr President, it is high time this evil and devilish act is stopped,” the lawmaker fumed.

Senator Biodun Olujimi (PDP, Ekiti South), while re-echoing Akinyelure’s observation, said: “Our girls have been turned into what we cannot imagine.
“Most of them have been asked to look for funds, and when they come to us, I always tell them, I do not even have the funds to eat, how can I have funds to keep with you in the bank?
“And they will never be promoted if they don’t bring in such funds, and this is a banking industry that is privately owned, yes but has made so much profit, and from the profit, they could at least take the few that they can manage properly, rather than take a lot that they will be giving pittance.”
The lawmaker, therefore, harped on the need to have a legal framework to ensure that casualization does not exist. 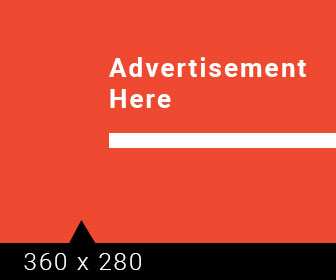